And The Oscar Should Go To…

The Academy Award for best documentary, feature and short, often goes to the non-fiction movie that not only takes a revealing snapshot of the nation or world but also changes the way we look at it.

They’re usually films that have sizable budgets and notable stars. While less spectacular affairs than commercial feature films, documentary features often boast the traditional trappings of Hollywood: Moore is one of the movie industry’s most famous reporters; Truth had Al Gore as its narrator.

This year, however, there is no star, issue or publicity campaign that is going to rival the most important documentary of 2020 — or, perhaps, the decade. Or millennium.

That movie is the 8 1/2- minute video of the murder of George Floyd, filmed by 17-year-old Darnella Frazier in Minneapolis.

After all, what movie, documentary or otherwise, has sent a cultural ripple-like like Frazier’s cellphone footage? Consider the impact it’s had on America since the May 25 death:

You can argue how many of these measures were directly due to that riveting short film. And you can argue the merits of the reactionary steps taken. But, regardless of where you sit on the political spectrum, there can be no debating this: That movie has forced America — and the world — to examine how it sees race. 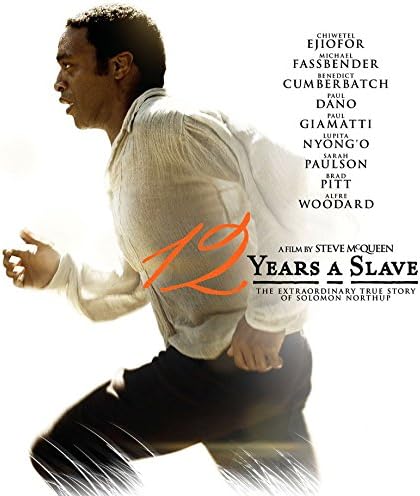 Perhaps more so than 12 Years a Slave, the 2014 film that captured Oscar’s grand prize, Best Picture.

The problem is, the viral movie does not qualify under the Academy of Motion Picture Arts and Sciences’ (AMPAS) guidelines for eligibility for an Oscar. Those rules, which were changed this year due to the COVID pandemic, include that an entrant runs in “qualifying” theaters if and when movie houses reopen at large. Short of that, the new academy rules stipulate that qualifying movies “be made available on the secure Academy Screening Room member site within 60 days of the film’s streaming/VOD release or broadcast.”

I have no idea whether there’s an effort underway to meet AMPAS’ guidelines to make the footage eligible for an award, but it shouldn’t have to. The Oscars should make a new category to recognize that kind of movie.

After all, viral videos have become part of our moviegoing experience, even if we’re just going to our computers. Just as Netflix and other streaming services have managed to get on the Oscar radar (think Roma, The Irishman, etc.), viral videos have managed to get onto ours. Think everything from the Rodney King beating to Donald Trump’s “pussy grab” tape. They have altered the very landscape of political discourse.

There should be a formal acknowledgment of that impact from someone in the movie industry beyond a celebrity wearing a Black Lives Matter t-shirt. Hollywood directors can be finicky about who should qualify for a statuette (Steven Spielberg and Christopher Nolan, for instance, vociferously challenge Oscars that do not encourage the in-theater experience, and they make strong arguments. The theatrical experience is unmatched in a theater. And cannot be replicated

But in the YouTube/Twitter/Facebook era, we cannot ignore the impact of seeing something on a screen no bigger than a cellular phone.

If the Floyd video underscores anything, it’s that the time to act is now. And it just so happens Oscar is looking for a way to become once again relevant.

In recent years, the Academy Awards have developed a reputation for being too white, too male, and too out of touch with everyday Americans. And it’s cost the award show dearly in ratings.

Viewership for the 2020 Oscars plunged to a new low in February, with an audience of 23.6 million tuning in to watch the broadcast on ABC, according to Nielsen. That’s a 20 percent drop from last year, and roughly three million fewer than the number of people who tuned in for the 2018 ceremony, the previous low.

Imagine the viewership for the first Oscar telecast to honor a viral video. It would attract young viewers. Minority viewers. Viewers who don’t watch movies. The very people the Academy cannot coax now. The same could probably be said for any film critics circle that makes room for viral videos. If, for instance, the Golden Globes were the first with such an award, which show would you watch if you could only see one?

The Public Service Pulitzer Of Movies

An Oscar for the video with the largest cultural impact of the year could also serve as a sort of Pulitzer Prize for the everyday citizen. The granddaddy Pulitzer is the Public Service Pulitzer, but it does not recognize viral videos either. For once, an Oscar could mean more than an impressive trophy on a Hollywood shelf.

The effect of such an award could be seismic. The public is already infatuated with Hollywood. Think of how many people would begin documenting what actually occurs in their corners of the world. They would illuminate everything from hunger to homelessness in ways that even the most creative filmmakers cannot imagine.

This runs a risk, of course. People may be tempted to stage movies or embellish the circumstances they’re portraying. But America’s Funniest Home Videos has run a similar risk for years, and managed to weed out the forgeries. The Academy could stipulate veracity rules into its guidelines just as it has vets content for other types of films.

Even on a filmmaking level, Darnella Frazier deserves recognition. Like a war correspondent, Frazier faced immense challenges and dangers, yet displayed profound bravery in making her movie. She confronted the very real possibility of being arrested, Maced, or forcibly removed  from the scene.

But she stood her ground, in broad daylight, and openly recorded the injustice she saw unfolding before her. How many filmmakers have demonstrated that much courage, calmness and on-the-spot thinking as Frazier? The list is surely short.

And she’s received so much grief for her actions. Some critics have excoriated her online for seeking recognition or reward for the video. Just look at her tweet following the airing of her movie:

This is a teenager we’re talking about. One who spoke up stood her ground — and caught more than a little hell for it. Michael Moore even said on his podcast that her movie was the documentary of the year. The young woman deserves a trophy. A raft of them, in fact.

Someday, a Hollywood documentary filmmaker is going to make a movie about the video and the aftermath. Perhaps they’re doing so right now. Netflix may have already secured film rights.

And someday, that film may qualify to officially compete for an Academy Award for Best Documentary Feature. Already, I can see the title (which I offer to Darnella Frazier, who has more than earned the right of first refusal): I Can’t Breathe.

But instead of acknowledging the sea change that’s occurring in the wake after her film, why not be a part of it?